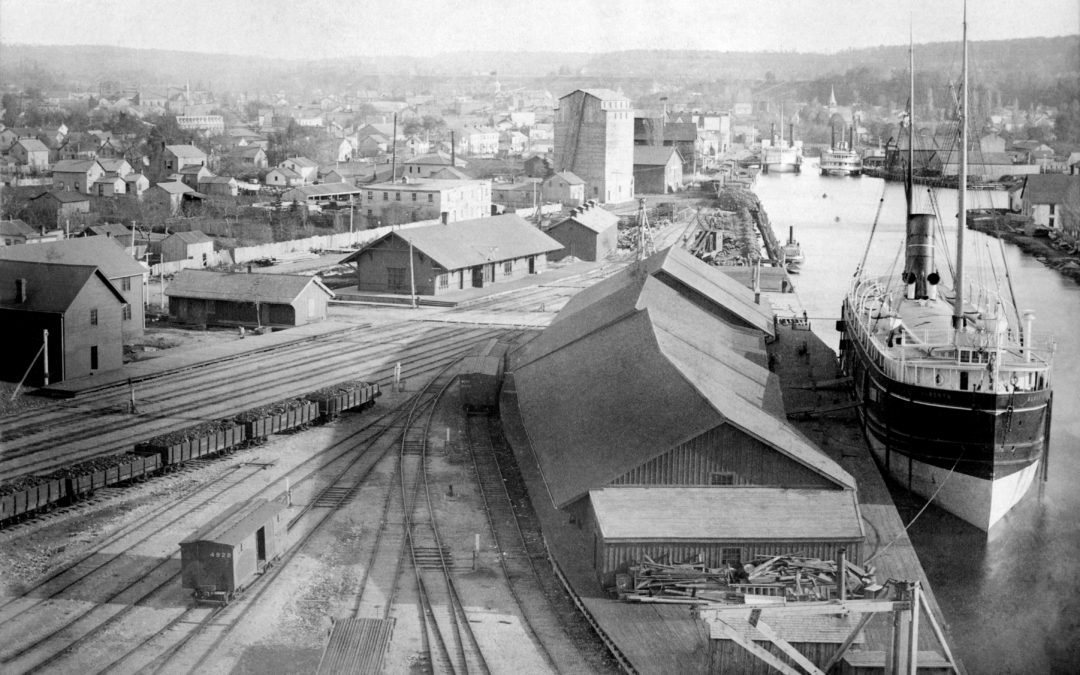 Local author and historian Richard Thomas writes, “When I moved to Owen Sound in 1986, I was assured by many people that nothing ever happens here. I am pleased to report that they were incorrect.” Having just published the 17th book he has written about this area, I think I can agree. Owen Sound’s history has been buried for far too long in the microfilm versions of early newspapers and crumbly old long-out-of-print books with township and personal histories.

Richard’s latest book is the second volume in what was to be a trilogy of Owen Sound’s history, covering the early days in 1840 to the present day. The first volume (The Port of Owen Sound 1840-1912 – $24.95) tells the story of this remarkable community, from the handshake that created it to its emergence as the gateway to the settlement of western Canada. Halfway through writing the second volume, which was intended to cover 1912-1939, Richard told me he couldn’t do it. There was just too much going on in Owen Sound 100 years ago! So volume two of the trilogy became volume two of the pentalogy; it is now proposed to be a five-volume history of Owen Sound. Next up, later this year, will be volume three which will cover the depression years here.

Of course, what has brought Owen Sound: From the Great War to the Depression 1912-1929 to the fore right now is Chapter Five, titled The Post War Years: “In Canada, the flu came back with returning soldiers,” Richard writes. “By October 1918, there were 30 cases of the Spanish flu in Owen Sound and, before the end of that month, schools and movie theatres were closed and public meetings of any sort were discouraged…The Spanish flu was devastating to previously healthy young adults. In total, there were 100 flu deaths in Grey County; more than half of the victims were under the age of 29. By the time the pandemic ended in 1920, 500,000,000 people worldwide had been infected and between 50 and 100 million of them died.”

So, in a place “where nothing ever happens” there is evidence that, yes, pandemic has happened here before; this book adds historical context to what’s happening today. Reading about the past pandemic and the changes that followed it help us put today’s pandemic into perspective. Knowing where we come from (and that we got through it) can have a huge impact on where we’re going. We need that inspiration right now.

Owen Sound: From the Great War to the Depression 1912-1929, by Richard Thomas, is now available to order online here.